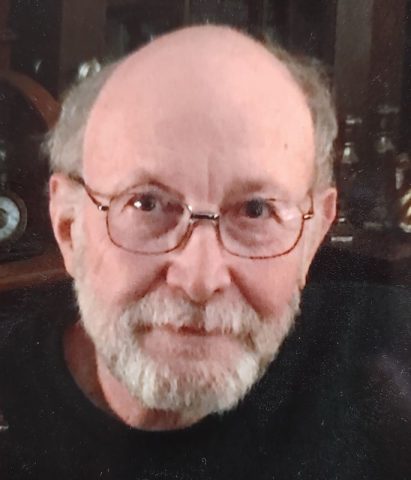 Aaron George Klouse of Millington, age 72, passed away Friday, April 16, 2021, at Covenant HealthCare-Cooper. The funeral service was at 1 p.m. Friday, April 23, 2021, at the Birch Run Bible Baptist Church. Pastor Fred Smith officiated. The family was present to receive friends from 10 a.m. until the time of service. Burial was at the Riverside Cemetery in Vassar with military honors. Masks will be mandatory and social distancing guidelines in place. For those who are unable to attend, the service was live streamed through a private Facebook Group. Those desiring may direct memorial contributions to Birch Run Bible Baptist Church or to the family of Aaron Klouse. Expressions of sympathy may be shared at martinfuneralhome.com.

Aaron was born April 7, 1949, in Saginaw, to Victor and Margaret (Seres) Klouse. He attended Vassar Public Schools where he graduated with the class of 1967. While in high school, he enjoyed participating in basketball and Future Farmers of America. Growing up, he attended St. Luke’s Lutheran Church in Vassar, where he was confirmed. As a young man, he also enjoyed farming with his dad.

Aaron served his country proudly in the U.S. Army. He was a Vietnam Veteran, earning both Purple Heart and the Bronze Star medals.

In 1972, he married Mary Ella (Zimmerman), and together, they celebrated 48 years of marriage. They were blessed with two children, Erik and Jennifer.

Aaron worked as a millwright for 46 years at Eaton Foundry, which later became Grede, then Metavation.

He enjoyed gardening and starting tomato plants in his greenhouse, watching old TV Westerns, woodworking, attending old tractor and engine shows and spending time with Mary at their beloved log cabin in Lupton.

Aaron enjoyed eating a good meal and loved popcorn, a good steak, and cherry pie. He always had an eye for “something sweet.”

When the children were younger, the family enjoyed taking many trips across the U.S. making wonderful memories together. He never missed Erik and Jenny’s sporting events and videotaped most of their games.

He had a great sense of humor and displayed it often. He loved his family very much and was extremely proud of his children and grandchildren.

For many years, the family attended First Baptist Church in Vassar. In more recent years, he and Mary attended Birch Run Bible Baptist Church. He was a man of strong faith who read his Bible regularly.

Aaron’s obituary was lovingly written by his family. 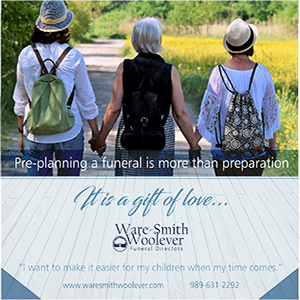