Sometimes it isn’t the volume of a whisper, but what the whisper is that speaks volumes.

And nowhere was that more evident than at the Caro Community Schools Board of Education meeting on Monday.

That was the whisper.

The assumption is that the comment was referring to the 2016 College Football Championship between the Clemson Tigers and Alabama Crimson Tide since that was the scheduled time of kickoff.

The Advertiser has chosen to not identify the board member, but it was made by one of the males sitting on the board.

Ok. I get that it’s a big game. The biggest game of the year for college football.

Some appear to find it unbearably exciting.

If you were from Alabama or South Carolina, you might even shout about the game starting.

Others, however, may want to contain their excitement.

For example, say you are a member of the Caro board of education and the actual topic being discussed during the public hearing is how students in Caro are clearly and consistently performing below their peers on the state and/or county level.

The topic came up after one board member brought up student scores from the Michigan Student Test of Educational Progress (M-STEP) students took last spring. The results were recently released.

And by the way, the scores were buried in the “Special Reports” part of the agenda and weren’t even listed under “Topics for Board Discussion” or “Topics for Board Consideration and/or Action” – unlike the $25 stipend board members approved paying themselves for being in board of education-related meetings.

Caro’s M-STEP scores wouldn’t have been discussed (publicly) if it weren’t for the one board member who started a conversation about the subject by asking what the test results actually meant. After all, results indicate Caro students tested behind their peers in nearly all instances.

For purposes of this editorial, you need to know two things: M-STEP a standardized state test all students take (as of spring 2015) and Caro students, well, perhaps the introduction at the top of the letter buried in the building reports says it best:

“The state has finally released the results from last Spring’s M-STEP test. We scored below the state and county average in all but a couple of grades and subjects.”

Though M-STEP started the conversation, it grew into something more as Board Member Tina Gomez commented about how M-STEP is just the latest in a consistent line of test results she has been privy to since being elected in November 2014 and said are “extremely frustrating” to her as a board member.

School officials attempted to explain to her that the problem was essentially caused by inconsistencies in state requirements and curriculum being used. They also noted that the way scores are compiled now – in a manner that makes it more difficult to determine the impact of students with disabilities – could also be having a negative impact on numbers.

But Gomez furthered the discussion by saying she was more interested in, among other things, a plan of action for addressing the reality of the situation and how the trend of underperforming might be reversed.

It was about that time – 8:26 p.m. to be exact – that the whisper about the pending football game could be heard.

The whisper was loud enough to be picked up by a digital recorder from the second row in the audience.

But when asked if the board would keep things “lighthearted” in the event of an emergency such as a school shooting he said “no.”

So I guess the question becomes at what point will consistent underperformance and low test scores become an emergency worthy of the seriousness it deserves?

Know this: the discussion had not concluded. The whisper about the football game was not at the end of meeting when things were wrapping up and the business of the meeting was over.

In fact, immediately after the whisper – and snickers that can also be heard – Gomez commented:

“My concern is just what this equates to,” she said before talking about the potential impact on the future of students when they leave Caro schools.

Unfortunately, others in the room had other concerns. 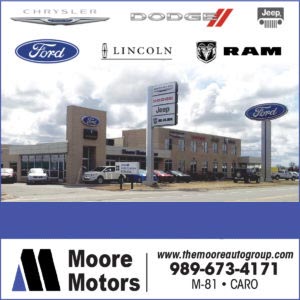